There has been an escalation of reported safety concerns relating to e-scooters.

In November 2021, for the year ending 12 June 2021, the Department of Transport (DfT) registered 882 (UK) accidents involving e-scooters; 173 involving other vehicles and 931 casualties in which three riders were killed and 253 were seriously injured. This may not be the full reality as e-scooter incidents are not recorded consistently.

There are an estimated one million private e-scooters in circulation in the UK and growing. Under the Road Traffic Act 1988 privately owned e-scooters are classed as motor vehicles and may not lawfully be ridden on the public road, pavements or even cycle lanes. They can be ridden on private land with the landowner’s permission. DfT regulated rental e-scooter schemes allow riders onto public roads and cycle lanes but not onto pavements.

While the DfT gathers data from trial schemes (which have been extended to 31 October 2022) and completes its consultation process we will not have a regulatory regime or safety standards. Risk and insurance managers are asking what we can expect in the next 12 to 24 months.

E-scooters hired under one of the rental schemes come with insurance against third-party risks, but few private e-scooter riders will have insurance, even if the rider can be identified. We anticipate considerable opposition to any proposal that the Motor Insurers’ Bureau (MIB) should pick up the compensation of innocent third-parties. We are beginning to see claims brought by e-scooter riders suffering injuries due to the negligence of other motor vehicles or against highway authorities for failure to maintain. Aside from insurance issues, will e-scooter riders be prevented from a claim for compensation for their own injuries if they are riding illegally?

As a matter of public policy, the courts will not allow a claimant to benefit from an illegal act; this principle is known as ex turpi causa. In the leading case of Patel v Mirza 2016 the Supreme Court considered a claim to recover funds intended to be used for an illegal activity (insider trading). The funds had not been used but the Defendant refused to return them. The Court held that the illegality defence is a public policy based on a range of factors that will vary depending on the situation. A court has to consider the following factors:

The three-part test encapsulates the various policy justifications supporting the defence of illegality:

When will the illegality be serious enough to preclude a claim?

It is not always clear when it would be ‘offensive’ to public notions for a claimant to be compensated. Previously, courts have said the doctrine of illegality will not apply to minor traffic offences and that permitting compensation will not offend any upholding of the law (Joyce v O’Brien 2013).

Riders of private e-scooters may face a £300 fine and six points on their driving licence. Riders of both types of e-scooters remain subject to other road traffic offences such as using a mobile phone, drink and/or drug related offences, riding through red lights and careless or dangerous driving. Only the most serious offences attract a sentence of imprisonment.

If there are 2 people on an e-scooter it is likely that this would be a breach of the rules of hire (if it is a hired scooter) and also likely to attract criminal sanctions for careless or dangerous driving. Each case will vary depending on the facts of the case but claims for compensation brought by either of the riders on the scooter against each other would face difficulties in the face of evidence of a joint enterprise. In the case of Pitts v Hunt 1991 the Claimant pillion passenger on a motorcycle with the Defendant encouraged the Defendant to drive recklessly after drinking heavily when he knew that the Defendant had neither insurance nor a license. The claim was denied due to illegality.

The principles of Patel were applied recently in Stoffel & Co v Grondona 2020, a claim involving negligent breach in a conveyancing transaction. The Court said that the essential question is whether to allow the claim would be inconsistent with the public policies that the legal system is designed to uphold.

The rules relating to e-scooter use reflect public policy. Arguably, climate and lifestyle changes and the potential legalisation of private e-scooters will be relevant, as well as the need to deter unsafe behaviours and promote road safety. The courts will need to consider whether to allow a claim arising from the illegal e-scooter use would be inconsistent with those policies and if so, where the balance of those competing policies lie.

Whether a claimant was wearing hi-vis clothing, a helmet and displaying lights are issues to causation and contributory negligence, but a claimant still needs to address the illegality. As the Supreme Court in Patel refused to provide any absolute guidelines, it is inevitable that the courts will be involved in ruling soon on these issues.

Petty is an Associate based with over 20 years’ experience, and specialises in large and complex loss across motor, employers’ liability and public liability defence claims. 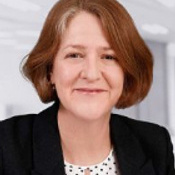 Angela specialises in casualty claims arising in the transport, travel and leisure sectors with over 25 years’ experience having qualified in 1994.