The future of claims against social workers

An exploration of whether there is any future for claims in negligence based on an assumption of responsibility following HXA and YXA decisions.

The recent appeal decisions affirming the strike outs in HXA v Surrey County Council and YXA v Wolverhampton City Council, confirm that social services professionals will be liable for a claim for compensation, only if they actively make a situation worse for the person in care.

Social services professionals will not be liable if they fail to act, unless the situation falls into one of a theoretical and small number of exceptions. Mrs Justice Stacey, in deciding the appeals observed: ‘it is now well established that there is no duty of care owed in relation to child protection functions generally’.

The cases of Michael v Chief Constable of South Wales 2015, Robinson v Chief Constable of West Yorkshire 2018 and CN v Poole Borough Council 2020 established that social services (along with any private individual, or public or private body), should not cause harm to an individual in any given situation by the way they act.

There is no duty on them to take action to protect an individual, unless one of the relevant exceptions apply, which in relation to social services are that they have:

HXA and YXA applied these principles in the context of a strike out application, and at both first instance and on appeal, it was found that there was no sufficient evidence to allow the cases to continue.

In HXA, the Claimant came to the attention of the council repeatedly over concerns she was being harshly disciplined and neglected by her mother from 1994. There were a number of investigations under various provisions of the Children Act 1989. She was placed on the Child Protection Register, but only in 2007 was an Emergency Protection Order obtained leading to a Care Order, giving the council parental responsibility for the Claimant. It was alleged that the Care Order should have been obtained earlier.

YXA was a similarly sad tale of abuse and neglect from 2007. YXA was taken into care on a regular basis under Section 20 of the Children Act 1989, but always returned to his parents, where the abuse continued. The council obtained a final Care Order in March 2011. Likewise, the Claimant’s case was that the Care Order should have been obtained earlier.

Stacey J decided that failing to do something in time is a failure to act, so there could be no duty subject to the possible exceptions set out above.

Therefore, the Court went on to consider if the case fell in the exception

So, bar the last resort of obtaining a Care Order, it does not appear that social workers will assume responsibility for an individual. Only when they take over parental responsibility may a duty arise.

It is clear that any delay or failure to proceed to the ultimate safeguarding device of a Care Order is a failure to act, and so does not give rise to a duty. Practically, so long as social workers do not make a bad situation worse, there can be no claim, even if they ignore an obvious way to help a child.

In our view, it is now clear that providing accommodation under Section 20 does entail a duty to ensure that the accommodation provided is safe and appropriate during that period of accommodation. However, it does not give rise to any wider duty to assess the safety on returning the child to its parents because responsibility remains with the parents.

Further, even the obtaining of a Care Order is not conclusive that a duty of care will automatically exist. Barrett v Enfield 2001 has long been put forward as authority for that.

Claims in negligence based on an assumption of responsibility will become rare. Claimants will try to show that social services made a situation worse but will struggle. Focusing the claim on alleged failings after a Care Order has been made, should make a claim easier (moving a child to a harmful environment after a Care Order has been obtained). This area of law is now settled and the scope for further change is limited.

Claims will increasingly be made under the Human Rights Act 1998 for failure to prevent harm, but to succeed a Claimant will have to show that a council was on notice of a ‘real and immediate risk of harm’, which does not include a future risk of harm.

Alternatively, they will have to show that the council’s investigations failed in such a way as to be serious and egregious. The burden is far higher than that required in negligence. We query the extent to which the Courts will allow a large body of divergent Human Rights Act 1998 case law to develop separately from negligence law, particularly post Brexit. 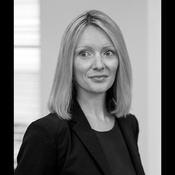 Rebecca specialises in the defence of complex liability claims for the public sector. She has over 15 years’ experience working in this area, and advises clients including local authorities, police forces and their insurers.