In December 2020, 15-year-old Child Q was strip-searched with no appropriate adult present.

In December 2020, 15-year-old Child Q was pulled out of her GCSE mock exam and taken into the school’s medical room by the police. She was subjected to a strip-search during which her intimate body parts were exposed. Even though she was menstruating, she was made to bend over and spread her legs. Her mother was not called and there was no appropriate adult present. No drugs were found, and she was later sent home in a taxi.

On the day of the search, teachers at Child Q’s school in Hackney, London, had believed her to be smelling of cannabis and suspected her of carrying drugs. A search of Child Q’s belongings was carried out and nothing was found, so the school called the police on the recommendation of their Safer Schools Police Officer, who was unable to be on site due to COVID-19 restrictions.

Child Q was traumatised by the event and was referred for psychological support by her GP. Child Q is described by her mother as being a ‘changed person’. Civil claims are being brought against both the school and the Metropolitan Police. The headteacher of the school has stepped down citing health issues.

“It has been a relatively straightforward process for the review to conclude that Child Q should never have been strip searched.”

The Review found that while the school was compliant with expected practice standards in their initial search of Child Q’s belongings, the decision to strip-search Child Q ‘was insufficiently attuned to her best interests or right to privacy’.

It was also found that the law governing the strip searching of children can be ‘variable and open to interpretation’, particularly as there is currently no requirement for parental consent.

The Review concluded that Child Q should never have been strip-searched. Her safeguarding needs were not prioritised, and instead, a disproportionate and harmful approach was taken. Police guidelines in relation to consent and the presence of an appropriate adult were not properly adhered to, and a supervisor was not consulted. The focus appeared to be on whether Child Q had broken the rules, rather than her welfare. Indeed, the Review describes Child Q as being treated as ‘the risk’ rather than ‘at risk’, which is illustrated by the ‘largely criminal justice response, rather than a child protection response’.

A briefing note published by Just for Kids Law and Children’s Rights Alliance for England (CRAE) in 2015, highlighted that no appropriate adult was present in 45% of the strip-searches carried out on children.

The Independent Office for Police Conduct (IOPC) are investigating the complaint but have suggested that the smell of cannabis as a single ground for carrying out a strip search 'is not good practice'. Policing Minister Kit Malthouse is waiting for the IOPC report to be ‘finalised.’

The Review considered that racism may have been an influencing factor in the decision to strip search Child Q, even if it was unintentional. The Review discussed the concept of ‘adultification bias’ where black children can be perceived by adults as older than they are, or more ‘streetwise’.  This can result in black children being viewed ‘primarily as a threat, rather than as a child who needs support’. The Review reflected that those professionals involved with Child Q that day may have been influenced in this way and has recommended the continuation of thorough multi-agency adultification training.

The Education Secretary has confirmed that tougher government guidelines will be issued on strip-searches in schools, describing the events as ‘appalling’ and ‘hugely distressing’.

Hackney’s most senior police officer, the Borough Commander, has also offered his apologies to Child Q’s family, saying that the strip-search should never have happened.

The School’s governing body has described the incident as ‘harrowing’ and ‘wholly accept that the child should not have been left in the situation that she was.’

There will undoubtedly now be scrutiny of the roles of professionals working with children to whom duties of care are owed to uphold their best interests and safeguarding needs alongside upholding behavioural, disciplinary and potentially criminal matters. Without a parent or other appropriate adult being present, the school were acting in loco parentis of Child Q. Where actions felt necessary by the police in their investigatory capacity, could cause harm to a child, there needs to be considered dialogue to ensure that an outcome is achieved which presents the least risk of harm. The Review has concluded that there was an absence of a ‘safeguarding first’ approach in this case.

The events have sparked a national outrage, and the outcome of the litigation and any further investigations will be closely scrutinised. 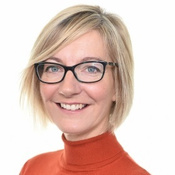 Lucy is the Training Lead within the Social Services and Abuse Team and acts on behalf of numerous local authorities with particular focus on alleged failings in social care practice.

Deprivation of Liberty Safeguards (DoLS) is a legal framework designed to protect people who lack mental capacity, but who need to be deprived of liberty so they can be given care and treatment in a hospital or care home.

The Supreme Court has expressed concern at ‘the potential for unprincipled expansion’ in vicarious liability.

On the case
Members only

This edition reports on the assistance of historical land documents when dealing with defects bordering different owners' land, and further developments in the case law around social services failure to remove claims.

Should practice change after failure to remove claims?

Councils need to ensure that lawyers and advocates are aware of case law in failure to remove cases.