The pandemic and its societal impacts, along with recent changes to legislation and regulation, have altered the profile of fraudulent claims.

Public sector bodies continue to be targeted by fraudsters. The guise of the fraud can take many forms, including motorists who target liveried vehicles and deliberately slam on brakes, opportunistic members of the public who spot a defect in a public space, or anyone who seeks to exaggerate losses arising from a genuine accident.

There is an exposure to fraud in many areas of public services, with the overall cost estimated to be around £7.8 billion (excluding benefit fraud) for UK local government alone.

Increased footfall in public spaces and highways, resulting from various lockdown measures may result in an increase in public liability claims.

On 6 July 2021 a claimant was found to be fundamentally dishonest in a virtual trial held at Gateshead County Court. He alleged to have tripped over a defective manhole cover in a grass verge owned by a housing association, causing a laceration to his forearm. The claim was fictitious. It followed two other identical claims from different claimants involving the same defect, both successfully repudiated by Zurich Insurance pre-litigation.

Organised fraud will be an increasing threat, particularly in light of recent whiplash reforms raising the threshold for fast-track claims. Organised fraudsters and claims farmers will turn their attention to a more lucrative claim and or seek to increase the value of claims to ensure they meet the fast-track threshold.

Claims’ trends with the potential for fraud

The number of cyclists taking to our roads during lockdown is likely to result in increased claims involving potholes and defective drain covers. The instances of fraudulent claims may also increase.

Construction work continued during lockdown, and while the nature of the accidents and injuries might not differ from the norm, you might see an increase in claims arising from lone workers (with fewer witnesses) and allegations of failure to provide appropriate PPE.

Zombie claims have been presented over the last year. These are claims which have previously been repudiated and were thought to have been withdrawn, only to be resurrected and litigated.

Most of these claims have low prospects of success, hence the repudiation and withdrawal in the first instance, however, some claimants will be encouraged to pursue the claim in the face of financial hardship. Most of these claims involve ‘accidents’ that pre-date the pandemic. They have been revisited in light of fewer genuine road traffic and employment-based accidents while Government advice has been to work from home where possible.

A potential area to affect councils is home workers. Occupational stress claims remain relatively low in volume but over the past 18 months there has been increased awareness around mental health in the workplace. It is likely that claims of this nature will increase. Because of the subjective nature of the claims and because it hasn’t been possible to see co-workers face-to-face to spot the warning signs, these will be more difficult to defend. These claims may contain elements of exaggeration to maximise damages.

It would be remiss not to mention COVID-19-related claims. While there has been a steady trickle, handled by expert disease lawyers, they all remain pre-litigated. All the claims against employers are for long-COVID with a number of symptoms, including fatigue, respiratory/lung and psychological symptoms.

Many claimants were working in schools, care homes and hospitals where they alleged they caught COVID-19. A coordinated approach to the defence of these claims should be adopted and all claims reviewed for the potential for fraud.

Often claims fraud exposure is perceived to be medium or low risk. Undertaking a claims fraud threat assessment is key to understanding the nature of the exposure to claims fraud and taking preventative measures, setting the strategy for investigation where it has been detected, and succeeding in defending these claims, to serve as a deterrent.

There are three distinctions between the different types of organised fraud:

Ensuring that blue light services and claims handling staff are appropriately trained to identify and report suspicious activity will increase successfully defended fraudulent claims and the sanctions that ultimately follow. 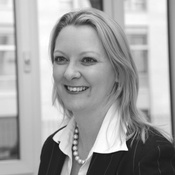 Barbara specialises in personal injury and disease claims, with over 20 years’ experience in this field. She leads our London disease team and handles particularly complex and unusual andhigh-value employers' liability claims, disease claims, and public and product liability cases. 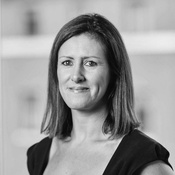 Claire is the Head of Market and Strategy for Fraud and the head of the Casualty Fraud Team. She has over 22 years’ experience advising clients in the defence of fraudulent insurance claims.

White paper on the new wave of procurement fraud