CCC realised that the systematic use of high quality video, combined with state of the art software implemented to deal with COVID-19, had lasting benefits beyond the emergency, both to improve safety inspections and to aid claims defensibility.

John and Shaun explained how shortly after the first lockdown was implemented CCC realised that a technological solution to safety inspections could enable them to keep driven highway inspections going without raising risks to inspectors to unacceptable levels.

CCC was determined to maintain some level of inspections, (if only of emergency level defects), to continue to defend claims as well as maintain a crucial distribution network. Deliveries needed to flow to supermarkets and individuals needed vital medical supplies, especially to remote locations.

CCC implemented a system based on Gaist technology, with the advantage of excellent quality video from cameras mounted on single driver vehicles and multiple cameras and views. This was augmented by Vaisala Road AI which processed the images captured to highlight missing signs and possibly significant potholes and other defects.

The images were processed overnight to enable inspectors to review them the next day. Suddenly inspectors were able to assess a defect rapidly by viewing, pausing, and zooming if they needed to. And the software automatically defocused the features of members of the public to make the system fully GDPR compliant.

With a mass of data presented in an accessible way for inspectors, and multiple options for applying filters to focus on different types of defects, inspectors could focus on areas with a particularly heavy incidence of defects. This helped to target the rational use of resources.

CCC and DAC Beachcroft realised the incredible evidential potential of this new approach. Defendant lawyers base entire defences on the crucial supposition that at the last inspection prior to the accident, the defect which the claimant relies on was not present to be seen at that time. If it developed between that date and the accident it gives rise to a classic Section 58 defence.

Normally legal and claims teams have to rely on Google street view imagery and a good performance by the inspector in the witness box. This is to convince the judge that if the defect had been there to be seen at the last prior inspection, it would have been picked up.

The dramatic aspect of this new technology is that it provides direct evidence of the state of the highway on the day of that inspection at the precise location. The images are high quality and very difficult for a claimant lawyer to impugn.

If there is footage of a carriageway on that day and there is no defect present, that massively assists the defendant’s case. The defect had not yet developed, so it was not missed, so reasonable care was taken of the highway, which equates to a Section 58 defence.

CCC so far have had two significant cases where they could show that contrary to a fatal claim there was no significant pooling of water from a gully, and a second claim from a cyclist where the retained images showed a pothole relied on by the claimant must have developed post-inspection.

It remains early days and this evidence has not yet been tested under battle conditions at trial but it is hard not to conclude that what we are looking is nothing less than the future of highway maintenance and the future of claims defensibility within the structure of the Highways Act 1980. 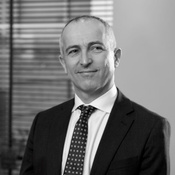