On the case
by Yvonne Hudders, Asema Natha

It is important for councils and their insurers to understand what their legal duties do and do not extend to. The relevant legal principles were considered this year by the High Court in the case of Tayton v (1) Warwickshire County Council and (2) Rugby Borough Council 2020.

The judgment may provide some reassurance to landowners. After a six-day trial, the Claimants’ flooding claim for an injunction and for damages in nuisance against both councils was dismissed.

The Claimants are owners of Brookside Cottage in Ansty, Warwickshire. They purchased the property in 2013, which consists of a cottage, garden and field. The garden and field are separated by a brook which runs along the boundary of the field. The Claimants’ intention was to secure planning permission to develop the field into a small residential housing estate. An application for planning permission in 2016 was refused due to potential flooding risks of the site.

It was alleged that two culverts were the cause of the flooding, an arch culvert and a box culvert. The allegation was that both culverts were inadequate to cope with the flow of the water from the brook, causing the water to back up and overtop.

Warwickshire County Council accepted that it owned the arch culvert, was responsible for it and that it had altered the culvert in 1977. The Claimants alleged that the box culvert was built and/or caused to be built by Rugby Borough Council, which was denied. The injunctive relief sought was to require the councils to alter the culverts to increase their capacity.

The claim against Warwickshire County Council was considered against the backdrop of settled principles in the law of nuisance (Bybrook Barn Garden Centre v Kent County Council 2001). A particular consideration was the scope for strict liability in the event that, at the date of a defendant’s interference with a watercourse, it was foreseeable that it would give rise to a nuisance in flooding.

The trial judge gave careful consideration to the expert evidence in the case provided by the expert for each party, as well as a hydraulic modelling of the watercourse. Historic ordinance survey maps indicated that a culvert of some description was in situ from around the early 1900’s. The Claimants argued that since the original culverts had been installed, the area had changed significantly. Since then, new housing had been built in the village as well as the nearby motorway. Warwickshire County Council produced evidence to show that its culvert was altered in the 1970’s, which had the effect of increasing capacity.

Experts instructed by all parties considered the likely catchment area which would have flowed into the watercourse. The Claimants argued that the additional flows from increased urbanisation and climate change was not adequately taken into account in the computerised modelling data. Both Defendants’ experts disputed the accuracy of the claimant’s modelling data and after undertaking their own modelling, hydrological and meteorological research concluded that the culverts were not the cause of the flooding.

In short, the arch culvert had not caused flooding and was also not the cause of any flood risk to the Claimants’ property.

With a changing global climate, claims arising out of flooding incidents are likely to become more common. However, as this case demonstrates, such claims can be successfully defended. This was a typically complex and hard-fought flooding action and as is often the case in claims of this type, the claimants’ land was susceptible to flooding for reasons entirely unconnected to the defendants, including impermeable ground, topography and an adjacent road ditch that was susceptible to overtopping. Crucially, the flooding was not a causative consequence of Warwickshire County Council’s apparatus or anything else that came within the duty that it owed to the Claimants in the law of private nuisance. 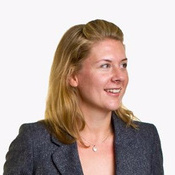 Yvonne is a Principal Associate in the casualty team and is based in our Birmingham office. On joining Weightmans in 2009, Yvonne brought extensive experience of acting on behalf of local authorities. She specialises in defending employers' liability and public liability claims on behalf of local authorities, housing associations and educational organisations across the country.

Asema qualified as a solicitor in 2003 and works in the casualty team in the Leicester office. Asema acts for a number of councils, housing providers and educational establishments across the midlands in relation to a wide range of issues. Asema specialises in public liability claims, flooding and winter maintenance claims. She regularly delivers bespoke training for clients and local authority organisation at local and national events.

A round-up of day one at the ALARM Scotland Conference 2022.