August 2022 sees National Road Victims Month coinciding with the anniversary of the death of Bridget Driscoll 126 years ago.

Bridget was just 44 years old and died on 17 August 1896. While not the first transport related road death, she sadly entered history as the first pedestrian killed following a collision with a car.

Occurring in Crystal Palace London, witnesses described the car as travelling at a ‘reckless pace’. The car had a maximum speed of 8mph but had been modified to travel at no more than 4mph. At the time the speed limit had just been increased through an Act of Parliament from 2mph in towns (4mph in the countryside) to 14mph overall.

The judge is reported at the time to have said that he hoped ‘such a thing would never happen again’. Sadly, we know that was the first of many road traffic accidents involving a third party, with RoSPA estimating around 550,000 fatalities by 2010.

UK government statistics provide a snapshot of how life has changed since 1950, alongside our transport choices, with road fatalities peaking in 1965. Since then figures have generally followed a decreasing trend and have consistently fallen overall. (2020 is a difficult year to provide any comparisons).

One intervention with a positive impact on the reduction in fatalities and injuries was the introduction of the roadside breathalyser in 1967. It was introduced by the Transport Minister Barbara Castle, who famously did not hold a driving licence herself. Our attitude towards drink driving now is one of intolerance yet at the time protesters considered it an infringement on personal freedoms.

The fact that road fatalities have deceased (while traffic volumes have increased) over the decades is to be applauded but does not indicate we are great drivers. According to Brake, every 22 minutes someone is seriously injured or killed on the UK roads.

So, are we safer now?

More recent improvements that have reduced fatalities, and have kept alive those who are injured, can be attributed to improved medical care and better vehicle design and safety features.

We may get away with more now due to technology that corrects or prevents our mistakes becoming serious – lane departure warning, collision avoidance, intelligent speed assistance, abs braking, parking sensors and reversing cameras to name a few.

Road safety improvement and information is often reactive rather than proactive. It is much more difficult to educate the nation than previously, as we no longer sit around the TV on a Saturday night as a family watching one or two channels. While social media communications can be targeted, based on user preferences, channel advertising can be cost prohibitive.

Government bodies and charities need to look at how to educate, influence attitudes, and change behaviour with finite resource. Rising drug driving statistics for example, show there is ongoing work to be done and it needs to be tackled now. Otherwise the good work from the last few decades will be wasted, with downward accident trends reversing.

We all need to work together as employers, employees, colleagues, friends and family to drive as safely as we can and within the laws. Sadly it is very often a realisation that such behaviours only come embedded within us as we acquire experience and wisdom through time and experience.

Most drivers feel that once they have passed their test, that’s the end of their learning. The reality is they are only just beginning to learn to drive. According to Brake, one-in-four 18–24-year-olds crash within two years of passing their driving test.

However not only young people have accidents or avert accidents. We would challenge anyone who drives an average of 10,000 miles a year and has been driving for 20 years or more, to write down how many ‘near misses’ (an incident which could have led to a life changing injury for one party or more) they have experienced. We believe the answer would be at least five.

Employers can lead from the front in changing attitudes and adopting better practices, changes which we can all carry forward into our own private driving. 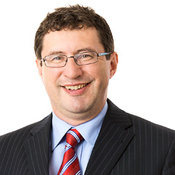 Phil began his career in 1986 with Municipal Mutual and worked at two of their branches before joining the broking world (Aon) in 1992 where he stayed for 12 years working as part of their National Public Sector Team. He joined RMP in 2004, where he was responsible for service delivery in the North of England and Scotland as well as managing his own accounts. Since 2012, Phil has been RMP’s National Development Director.

Sandra has recently joined Gallagher Bassett and brings with her over 15 years extensive fleet experience. She has advised major companies on how to manage their fleet collision risk, written fleet and driver policies and designed interventions to reduce specific areas of concern. Additional work has included FORS auditing and the delivery of driver offender courses. Sandra holds both a MSc and PhD in driver behaviour which were focused around the blue light sector. Her PhD considered the impact that lights and sirens can have on the emergency driver’s acceptance of risk.

This edition reports on the Claimant’s burden of proof in highways claims in proving that an accident occurred as alleged or that a particular defect had caused the alleged accident, together with various case updates.

This year has seen the widest changes in the Highway Code in recent times.

This edition reports on the successful defence on a matter concerning highway kerb lines and Section 41 dangerousness, and an analysis of the Health and Safety Executive's annual statistics for 2020-21.